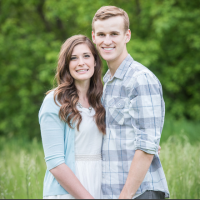 Tate is a Finance Major in the Marriott School of Management at BYU. will be graduating with a Bachelor’s in Finance in April 2016. When asked why he wanted to attend BYU he said, "BYU has a unique culture that allows me to be surrounded by people who are intelligent and also people who have a strong set of core values. BYU provides me with so many opportunities to expand my knowledge and serve others." Tate was first introduced to the CREATE Project by a friend at a time when he was looking to give back to the community. Tate has been working on the CREATE Project from the very beginning when this study was only an idea. Several years later the study has completed the first wave, has had nearly 200 students work on the project who have put in over 25,000 volunteer hours, and has become the premier sample on marriage in the United States. Tate has played a major role in the accomplishment of this project and due to his hard work, persistence, and the assistance of the professors the study has become a success. When asked about how CREATE has impacted his life he said, "CREATE has helped me understand that small things can amount to something big. I think the most important thing I learned from this project is persistence. At the beginning, forming our sample was extremely difficult, there were many times we wanted to give up, and try something else, but we persevered and it all paid off in the end. It has helped me to work with and lead a team which is essential to success." Tate not only is very involved in the CREATE project but he is very involved in the community on campus as well. One of his favorite activities is going to the Center for Service and Learning here on campus and recruit and organize volunteers for a local elementary school and senior home. He loves to play tennis, go snowboarding, and create pottery. When asked about his greatest accomplishment in life he said, "Marrying my wife, she supports me in everything I do and I have never been happier than with her." Tate has been very influential in the production of this study and has made an impact not only on the students, staff, and professors of the CREATE Project but also all his acquaintances in class, in the service center, and in the community.