Skip to main content
data-content-type=""
The Study
Previous studies have examined patterns of relationship interactions during the beginning years of marriage and through the transition to parenthood. Few studies, however, have considered the impact of minor transitions (e.g., change in jobs, moving to a new residence, graduating from college, being involved in a car accident) and how these are related to the development of relationship qualities. In this study, we use a broad array of measures that tap into the development of positive marital relationship qualities (marital virtues), which is a new endeavor.

Furthermore, research on early marital relationships notably involves somewhat small samples collected through convenience sampling methods. The current study aims to collect information from a large, nationally representative sample of over 2,000 couples to address what factors predict the development of marital virtues starting in the early years of marriage. The study also seeks to determine how couples prepare for both minor and major transitions in marriage and what relationship consequences follow both minor and major transitions in marriage. 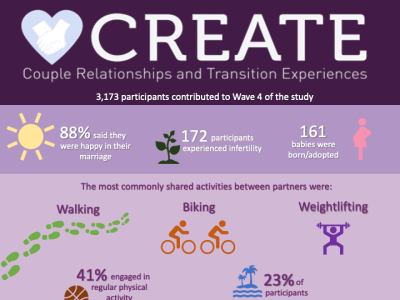 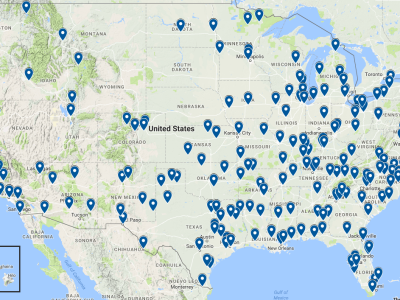 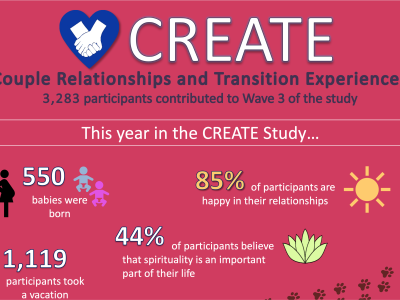 Wave 3 Findings
Click image to view
overrideBackgroundColorOrImage= overrideTextColor= overrideTextAlignment= overrideCardHideSection= overrideCardHideByline= overrideCardHideDescription= overridebuttonBgColor= overrideButtonText= overrideTextAlignment=
data-content-type=""
The Sample
This study was approved by all appropriate IRB bodies. Participants for the study were recruited using a two-stage cluster stratification sample design, with the first stage involving a sample of counties, and the second involving a sample of recent marriages within those selected counties. Counties were selected based on a probability proportion to size (PPS) design. Selection was based on county population size, marriage, divorce, poverty rates, and the racial-ethnic distribution of the county. The number of marriages selected per county ranged from 40 to 280, depending on these five characteristics. This design yielded a sampling frame of 11,960 marriages across 239 counties. Ten counties did not have at least 40 marriages during the sampling period, leaving the final sampling frame at 11,889 marriages.

Among the 11,889 couples contacted, 8,140 declined participation by either not answering or responding, and 1,220 did not meet the inclusion criteria. A total of 2,187 marriages were recruited into the study, drawing a raw response rate of 18.24% (2,187/11,960). After dropping ineligible couples, the adjusted response rate was 20.50% (2,187/10,669). Of the 2,187 marriages, data from both members of the dyad were received in 1,889 (86%) cases, and data from one member of the dyad was received in the remaining 298 (14%) cases.
overrideBackgroundColorOrImage= overrideTextColor= overrideTextAlignment= overrideCardHideSection= overrideCardHideByline= overrideCardHideDescription= overridebuttonBgColor= overrideButtonText= overrideTextAlignment=
data-content-type="external" 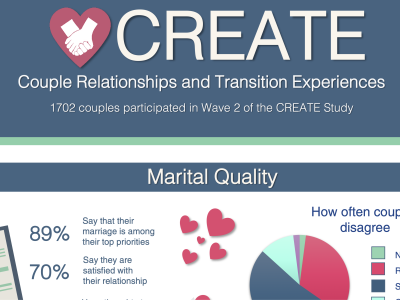 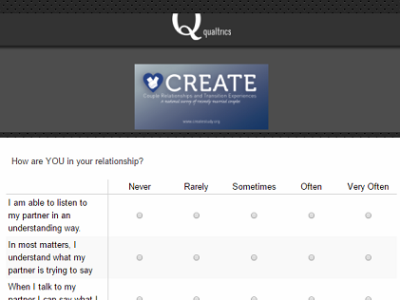 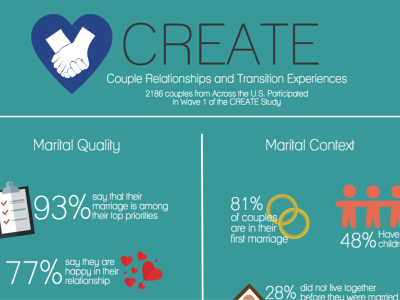